It seems as though everything automotive-related is going to give you trouble at some point in time. From the old beater car that has a new problem every day, to the diagnostic software that refuses to work seamlessly across different makes and models, the world of automobiles and their peripheral equipment needs is a sordid one!

Unfortunately, much like we all need vehicles to keep us mobile each and every day, our vehicles require full functionality from the special tools and equipment items that are used to service them—including larger items like vehicle lifts in Georgia. In fact, when something like a vehicle lift isn’t working properly, it means your vehicle isn’t going to be able to get the attention it needs from automotive professionals.

If you’ve got a vehicle lift that doesn’t seem to be working correctly, the issue is likely hydraulic in nature—since that’s generally how most lists are operated. Take a look at a few of the more common hydraulic issues that can plague vehicle lifts and what’s required to make them a concern of the past:

When a vehicle lift is busy lifting up a car or truck that’s a couple of tons of solid steel, you might not balk at slow operation, but the fact of the matter is that when things are moving too slowly, it’s a cause for concern. If your vehicle lift has trouble lifting a vehicle, it’s not getting its sole task done, which means it’s time to get to the root of the problem.

Slow operation is caused by many things, but the most likely is a pressure drop in the hydraulics of the system, which will mean that it has to work harder to facilitate lift in the hydraulic sense. This can be remedied by having cylinders inspected and replaced or the pressure in an existing cylinder recalibrated.

Again, you might not scratch your head at the presence of loud noises while your vehicle lift is in operation, but like slow operation, this isn’t entirely normal. If you’re getting noises that sound like strain, metal on metal or gurgling that could be the presence of fluid, it’s a major problem that needs to be looked into immediately. Noise can be a sign of cavitation, which is deadly serious, as it could cause failure of your lift entirely. Make sure to call a hydraulic professional right away at the sign of any noise that’s taking place above regular operational noise.

Vehicle lifts in Georgia might be mechanical in nature, but they also have an electrical component that will tell the mechanical facets how to behave—if there’s anything wrong with the electrical side of things, it’s going to make dictating the operation of the lift a major headache.

Often, the problem is in a wire gone bad or a connection that’s no longer firing, however other times it could be the result of a fuse or a circuit that has been broken. Either way, it pays to have a professional eye on any and all electrical problems—especially those that initiate sporadic operation or operation that’s beyond your control! 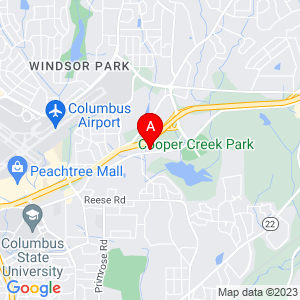